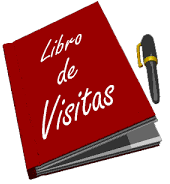 Ana Smiljanić, poet, born 24.04.1969. In Čačak, Serbia.
From an early age he loved dance, movement, music and ballet. After graduating from the "Nadezda Petrovic" Gymnasium in Cacak, attracted to science, she graduated from the Faculty of Medicine in Belgrade. He decides to dedicate his career to his children, so in 2007, he decided to dedicate his career to children. In 2013 he completed his specialization in the field of pediatrics. Now a master’s degree is under way, health care management.
Ana lives, works and creates in Belgrade, employed by the Institute of Neonatology and as she says: "The most important and loved man in her life is her son Milorad".

INTERNATIONAL AWARDS AND AWARDS
She was named "Poet of the Year", 2017, in front of the Arte Association - an international association of artists. In the Macedonian magazine Stozer, the Macedonian Writers' Association, her poems were sung in Macedonian. For her literary creativity, she was awarded at home and abroad, of which she stands out;
- International Award "La voce dei Poete" - Verbumlandiart Regione Lazio, 2019. Rome, Italy, for the song ZVONA VERSE.
- International Poetry Collection Award 2019. "I saw you up close", awarded by the TAKEC Foundation - BITOLA
- International Poetry of the Year Award in 2019. "TIMELESS WOMAN", awarded by the TAKEC - BITOLA Foundation
- Winner of the international award "Branislava Wajs Papuša", presented by the Association of Roma Writers, on the occasion of World Roma Day, 8 June 2007. It's April 1st.
- Literary award "Dusan Matic", for the preservation and nurturing of literary creativity, awarded by the Literary Club "Dusan Matic" - Ćuprija.
In addition to poetry, he also writes prose, and in 2020 he will be the first to write poetry. In 2013 she was the winner of the "PREMI SPECIALE" (special award) for the story SWEARING in front of the VerbumlandiArt Association, based in Italy.

Anna Marie, where have you disappeared on that rainy night, when in our bed I embraced only your eternity, two Saints’ Days and the passing of helpless minutes? It’s night. December. The capital city is drowning in fog. And trams sew the streets like an experienced tailor. They don’t let silence rest in me so that I could put a stop to my misery. The email I sent you was quite fair. I sounded ceremonial, nice, polite. I wanted to cajole you into going on a first date with me – I was always highly skilled in doing such things – with all my experience I could not make a mistake. The prey you were sure to get triggered such thirst and charm that you could feel beforehand a gentle flow of blood … an unrivaled gift. Wasn’t it, Marie? You didn’t know that? I clicked the SEND button and sank into the back of my relaxing sofa bed, sure of my success. I’d seen you naked before with a stormy gaze. My hand was standing on my thigh, too close, I would say, but I reached for a cigar though, as if I wanted to see how you wait, twist your thin body, and how your body chills raised your fur. I watched you, Anna Marie, approach the restaurant for an arranged appointment, your skin was fair, your walked with confidence, with a straight back, as if you had blue blood, or as if people had never been able to harm you… And I stood sideways and let you come in first. I waited a good five minutes … And then I came in after you. Of course, I saw your insecure gaze directed into me from afar, but you could see no smile on my face although it was there, tickling my throat and strengthening my bite. „You’re late. This makes me pee,” you said, though your intimate hug gave you away. „Stop saying ‘makes me pee’, please”. It’s nine o’clock. Evening. December. Instead of going out as usual, I lie in bed and say these words. Meeting two people who do not know each other is like meeting of two comets in an endless universe. And as we swallowed the gods and the people, as we breathed their air and dust, I remained cheerful and drunk in love for you that night. Your body, A.M., was neither soft or warm, or perfect as the ones I saw. It seemed at first that you didn’t enjoy yourself – it seemed it was quite the opposite – as if you were forcing yourself to enjoy yourself. The rest I don’t remember. As in the state of delirium, your hand held high in the air or your neck in the shape of an arch, like a bridge, flashes before my eyes, and I exhale. This is what love is, Anna Marie – a stretched bow. The last cry of a voiceless throat is now my good morning and good afternoon. Washed out lipstick on the lips. And that is all. And my cravings between the groin lost their blood, you know. Someone else’s blood is the most attractive and the farthest – it’s miles away from everything. This is what love is – blood and body. „Order your dinner now, Mr. Cash, not the seaweed from the throat.” … I wonder, especially in the morning, whether I slipped through your fingers like a memory or like a pebble from a bridge … My smile is now visible as I wait patiently to hear from you, as if I waited for the Last Amen. And as I walk the streets, I wish to hug the telephone pole, and my eyes follow the path of the cables. I wonder whether I’ll have a hug with it one day … The sky is a valuable transmitter of everything. Heaven and Temple. And me in it … I see your face in the Virgin, I see your pallor. And I know you’re there. I can feel you with all my senses. As I could feel you that night. The same night, the same heaven and the same Temple.
Translatation: Milena Nikolić

Everything on that photograph speaks of a real, genuine
Mithridatic man.
High ideals, impeccable looks, manners
stern glares and moves.
Powerful man with a cat in his lap.
It fits perfectly with the next one.
In front of the Chrysler Court.
And yet… No, it’s not him… Not even close.
Maybe it’s just his visible design,
a reflection to keep you preoccupied. A mission.
Maybe he misses his tenure?
His refined jacket Prince de Gales?
Or just a pencil in his hand?
Listeners in the back?
Or instead of a handkerchief,
a flower on his lapel? No, he’s not that open.
Or if he were to hold his book in his hands?
Or to be engrossed in his writings, at his desk?
Yes, at home. Staring at the flawless rows.
Dressed casually. Perfectly shaven.
With the glasses on top of his head. No, his nose.
Pensive? Distracted? Worried? No!
In doubt? Having second thoughts? No!
Why is he raising his head, and is he feeling or hearing
anything?
He oozes with calm and authority. He’s writing. Every l
better brings something,
and counts hairs on his head. Spikes of sentences, with
no safe haven.
In the ink print so many a flyer, ready
to nosedive on every semicolon.
Do not give in to cold feet, desperation!
Upon finishing his work, he will reach for his camera
and make some photos of a beautiful landscape.
His angle. His objectivity.
A cry of joy of a mischievous boy.
He will wish for a kiss. A gentle touch.
He will bow slowly,
like a bridge over a familiar body.
Trembling with memories.
The moment between light and dark.
The clock is ticking. He will make a joke… hiding his
burden.
What is such a calm, majestic man
on that photo lacking?
A cloud of people is running under him. From the cloud,
a trace of a single tear on his hands…
A desired moment when the Earth is distancing from us.
Adaptation: Marija Gatalica Kolundžija